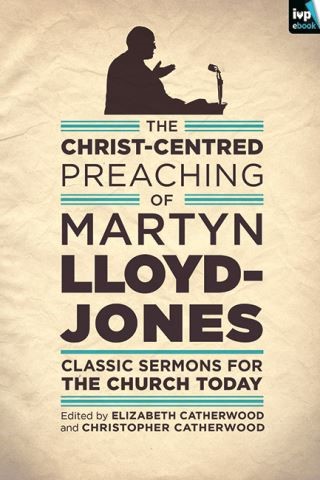 The Christ-Centred Preaching of Martyn Lloyd-Jones

Classic Sermons For The Church Today

This anthology, carefully compiled and edited by Lloyd-Jones's daughter and grandson, begins with a general introduction to his life and ministry, followed by a selection of his sermons from the 1930s to the late 1960s, arranged in chronological order. Each sermon is preceded by an introduction detailing when it was preached, what Lloyd-Jones was doing at the time, why the historical context gave rise to the sermon, and how its message relates to the world today.
The collection includes sermons from 1939 (at the start of World War 2); the early 1950s (on the Sermon on the Mount) - when, as J. I. Packer put it, Lloyd-Jones was on a 'plateau of supreme excellence'; 1959 (on revival; preached again in 1980 as his last ever sermon); 24 November 1963 (two days after the assassination of President John F. Kennedy); and 1968 (the final sermons at Westminster Chapel).
This powerful volume presents Lloyd-Jones's prophetic preaching anew for contemporary Christians, and will help them understand and appreciate his enduring influence and the biblical truths for which he stood.