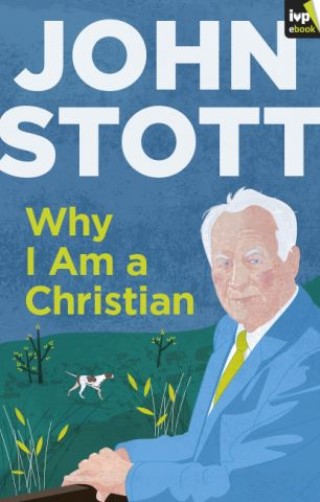 Why I am a Christian

A Clear, Compelling Account Of The Basis Of The Author's Belief

In a dark little chapel many years ago, a solitary schoolboy went in search of God, and later gave his life to Christ. It turned out to be the most significant decision he was ever to make. If it were not for Christ, he reflects, his would have been on the scrapheap of wasted and discarded lives. Instead, his life has been used to lead countless others around the world to that same new life, and into a deeper understanding of the One who gave his life that we might live.
Now John Stott tells his spiritual story, and gives the reasons for his first life-changing step of faith on the path he has followed since that day. It was not so much that he found Christ, as that Christ found him. Not because the Christian faith is attractive, but because it is true. Not because he deserved to be saved, but because Christ took his sins, and ours, on himself. It is because the answer to the paradox at the heart of our humanness, because the key to true freedom and fulfilment, are to be found in Jesus Christ alone. And he who extends the greatest of all invitations to each one of us waits patiently for our response.