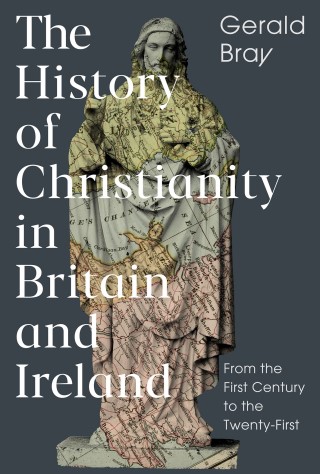 The History of Christianity in Britain and Ireland

From the First Century to the Twenty-First

The history of Britain and Ireland is incomprehensible without an understanding of the Christian faith that has shaped it. Introduced when the nations of these islands were still in their infancy, Christianity has provided the framework for their development from the beginning.

Gerald Bray’s comprehensive overview demonstrates the remarkable creativity and resilience of Christianity in Britain and Ireland. Through the ages, it has adapted to the challenges of presenting the gospel of Christ to different generations in a variety of circumstances. As a result, it is at once a recognizable offshoot of the universal church and a world of its own. It has also profoundly affected the notable spread of Christianity worldwide in recent times.

Although historians have done much to explain the details of how the church has evolved separately in England, Ireland, Scotland and Wales, a synthesis of the whole has rarely been attempted. Yet the story of one nation cannot be understood properly without involving the others; so, Gerald Bray sets individual narratives in an overarching framework.

Accessible to a general readership, The History of Christianity in Britain and Ireland draws on current scholarship to serve as a reference work for students of both history and theology.